How To Meet Women...

A Guide On How To Meet Women...

In this third episode, we tackle dating and courting. The differences, and harm for women, when men decide to misuse their power!

Also, my radical rant on the current scandal in the Catholic Church! And my top reasons how men have caused this tragedy!

How To Meet Women Episode

How To Meet Women - My Biggest Lesson!

Hello and welcome to Catholic Alpha Radical! (episode 3) – Where my main mission is to keep you out of divorce court!

Quote of the Day –

Why I Do This?

My Story – Going to do this in four parts

I had to do something!

Part 1: Was my first child story

Adversity and trials is how God brings you to holiness

Also understand that the infiltration by the Catholic Church with homosexuality and radical feminism was planned in order to destroy the morality of those within the Church (priests and laity) and is not the teaching of the Catholic Church.

Why was this done?

If you want more on this please refer back to episode #2.

Also we must understand that there are many Judases among us. You don’t leave Christ for Judas!

Why? Because Judas leads you to hell!

We must fight within the Church – This is how Christ demands it because this is the Church He created!

So let’s get started with number three of the top 21 reasons that men are responsible for the 2018 scandal in the Catholic Church.

Before each number I will read a quote directly from the document containing Cardinal Carlo Maria Vigano.

These are in no certain order as they all feed upon one another.

(#3) WE DIDN’T FIGHT FOR CHRIST DURING VATICAN II!

Send your questions to RadicalQuestions@CatholicAlpha.com

I ask you, whom do you aspire to be Wuss or Warrior!

Catholic Alpha Radical, is about solving marriage problems on a raw level. Which is what we really and truly need today. 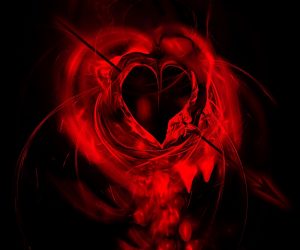